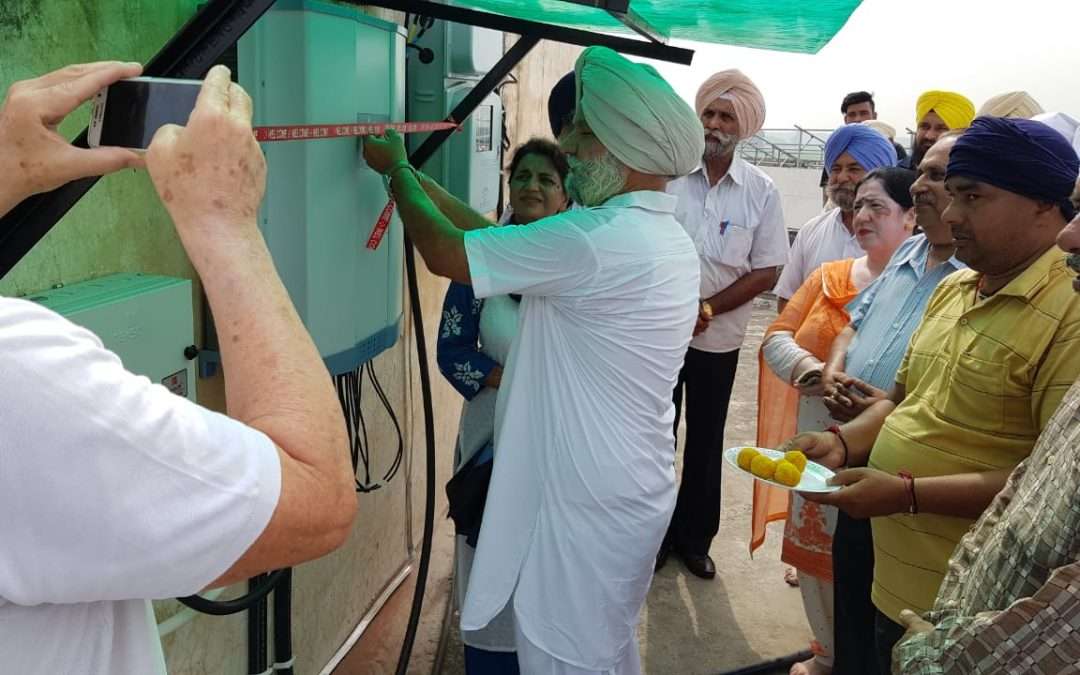 On 31 August, the first solar panels were put into operation on the roofs of the Academy and the boarding school buildings after the feed-in permit of the electricity grid operator had finally been received. Electricity prices in India are also soaring. Although there are many dams with power plants near the Himalayas, electricity consumption is rising much faster than energy can be provided. In the meantime, the Indian government has created framework conditions that permit the economically viable operation of photovoltaics. The electricity fed into the grid is simply offset 1:1 against the electricity consumed; the meter runs virtually backwards when fed into the grid. In the future, about one third of the roofs of Kirpal Sagar will be covered with solar panels. In December 2017 KS-plus took over a part of the amount and transferred 1.600 €.

Photo: Switch is ceremonially flipped down, the solar panels are in operation.