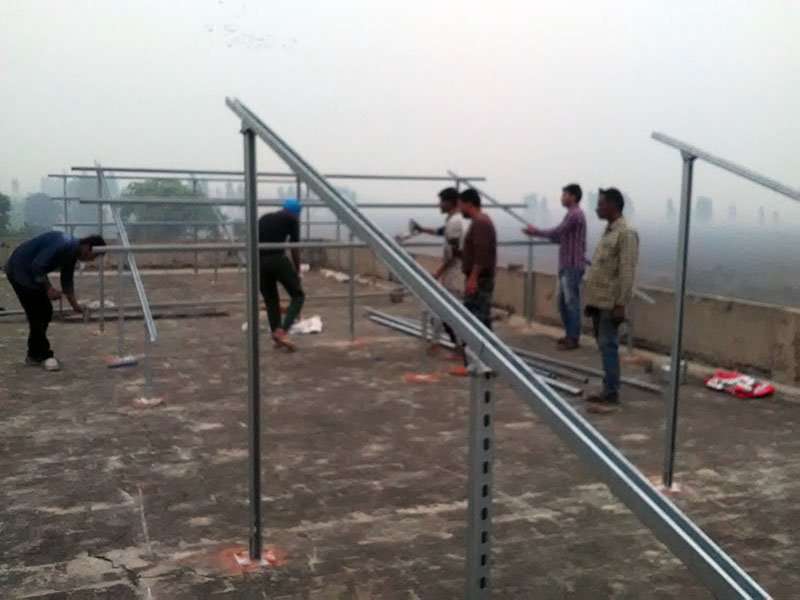 In November 2017, work began on the photovoltaic system on existing roofs. The first building to receive the panels is the old people’s home, which is located near the transformer that converts the 11 kV of the high-voltage line into 440 V. The transformer will be installed on the existing roofs. The transformer house is fed into the existing power grid. In a first step, 200 kWp will be installed. The stands for the panels are already assembled. The manufacturer is using concrete weights to protect the construction from storms and wind. Similar installations were previously inspected at an agricultural school in Nawanshahr. The manufacturer is a large and renowned Indian company that offers a wide range of products from electric cables, light switches and fuse boxes to solar panels. The measure is subsidised by the Indian government with 28% through a programme to promote alternative energies. The majority is to be covered thereby from own resources.

Photo: Mounting for solar panels to be installed