Kirpal Sagar is situated in northwestern India, between Chandigarh in the East and Amritsar in the Nordhwest. The next big town is Ludhiana, just an hour away.

A few kilometers south, deeply grabbed in the sandy clay, there the river of Sutlej.

It’s one of the five streams giving the Punjab its name, coming out of the Himalayas. Since its regulation in the 1960ees the Sutlej seems lost in its huge bed and floods became rare.

To prevent overflooding, the building-baring areas of Kirpal Sagar got additional earth which increased the soil niveau up to one meter. The fields stayed low and form a natural basin to retain the monsoon floods. 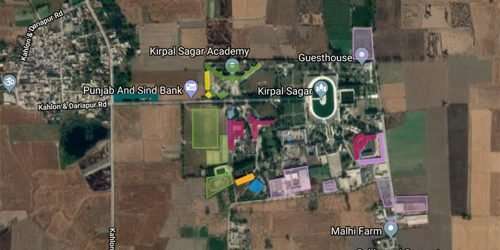 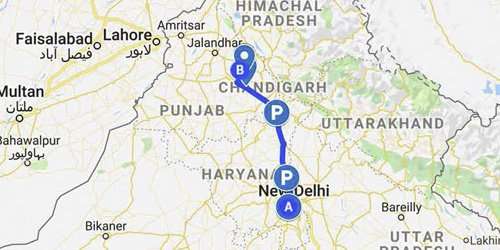 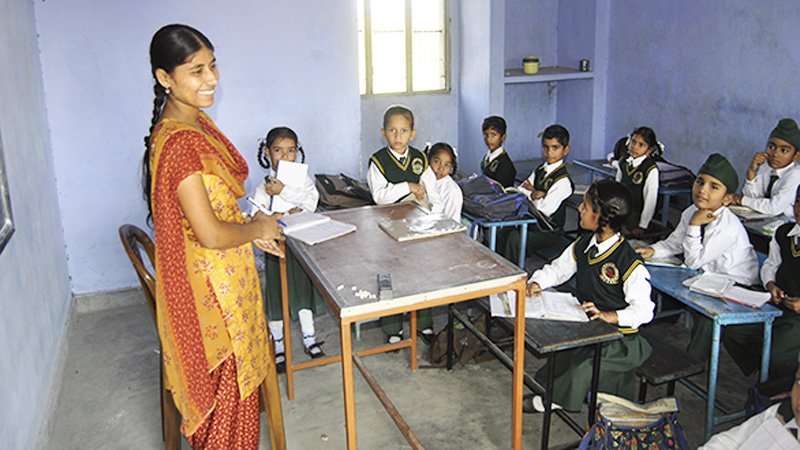 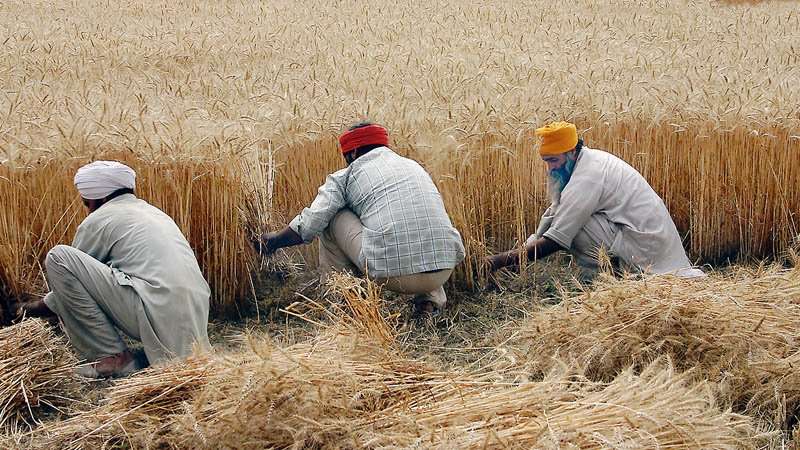 Harvesting rice with own hands 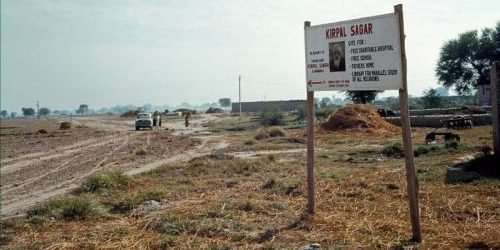 The Punjab had been known for centuries as the granary of India, with the province located on both sides of the Indian-Pakistan border before independence and covering about three times its present area, Amritsar and Lahore, now in Pakistan, were the cultural centres. The division into Bharat/Hindustan (present-day India) and Pakistan led to multiple flight, expulsion, violance. The indo-pak-border ist heavily guarded and nearly watertight. The consequences reach up to our times, cultural, in language issues, also in religious matters.

Culturally, India is a rich country. More than 50 different tongues are recorded in the official reports. Hindi and English are nationwide official languages. In Pinjab the Punjabi, a language of the indo-european language family, is wide spread, in the northwestern parts there are many who speak Urdu as well, an old language of persian origin.

Culturally, the Punjab was like a melting pot in the past centuries. Some of it can be found in traces or even only in old descriptions and stories like the more than 5.000 years old ancient Indian epics. A good example of this is the music, melodically extraordinarily rich and varied. Innumerable keys, European-Western unrecordable nuances and ornaments, together with scottish bagpipe and british manual-driven harmonium.

Music and singing have a central role in daily life. Singing is common especially in kitchens and on the fields. Hardly a religious assembly which is not enriched with religious songs, often enframed by multiphonal refrains. 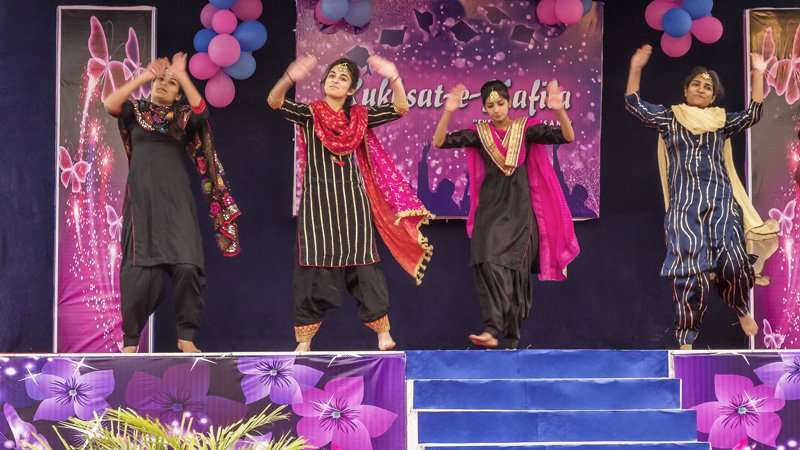 Religious elements like prayers and wise sayings are omnipresent in Indian way of life, are a matter of course and cannot be seperated from daily routine.

There are religious houses of worship of many directions like the Gurdawaras of the Sikhs, temples of the Hindus, Christian churches, Jewish and Buddhist temples, mosques of Shiites, Sunnis, Sufis.

On the other side also small and big communities, congregations and monastries can be found, and also many wise and God-fearing people, who wander around and call for reflection or simply give a practical example.

This all explains why spiritual-religious life takes up a significant part of life in western comparison, and also why schools often look far beyond their own horizons in terms of content. The result is an atmosphere in which exchange is almost self-evident and promotes interest in other lifestyles and cultures.

Kirpal Sagar is not only embedded in this environment, rather it stands for comprehensive exchange, for esteem, for mutual help – not as a showpiece, but as a “do-it-yourself” workshop, so to speak, which would have closed the circle to Goethe….