Medical help was the first aspect realized in Kirpal Sagar. This is not surprising as it was built by the doctor Dr. Harbhajan Singh and his wife Surinder Kaur.

Dr. Harbhajan Singh had long treated in his general practice near Amritsar, not far from the border with Pakistan, before the establishment of Kirpal Sagar. In 1973 he opened a small hospital there. It quickly became known that a doctor there had a wide heart for poor people, and near the border there are many of them. The hospital there still exists today and is now run by a charitable association. So much in brief about the founding years and about personal backgrounds. Helping those in need was simply a matter of the heart for Dr. Harbhajan Singh and Surinder Kaur.

The origins of medical care in Kirpal Sagar date back to 1982, shortly after the site was levelled and the first bricks were built. In the course of time the area grew, several extensions and relocations were necessary. The practice and hospital quickly served as a starting point for camps. These are examination and treatment offers directly in the villages, especially for the poorest often the only possibility to receive health care.

We would be happy to tell you more about it:

Health is not all,

but without health all is worth nothing. 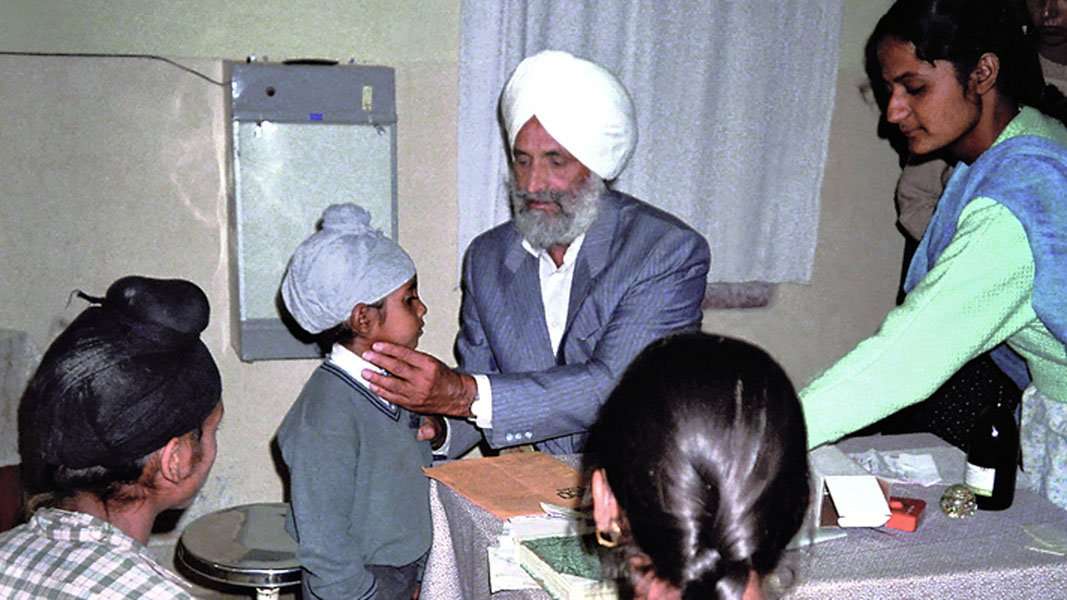