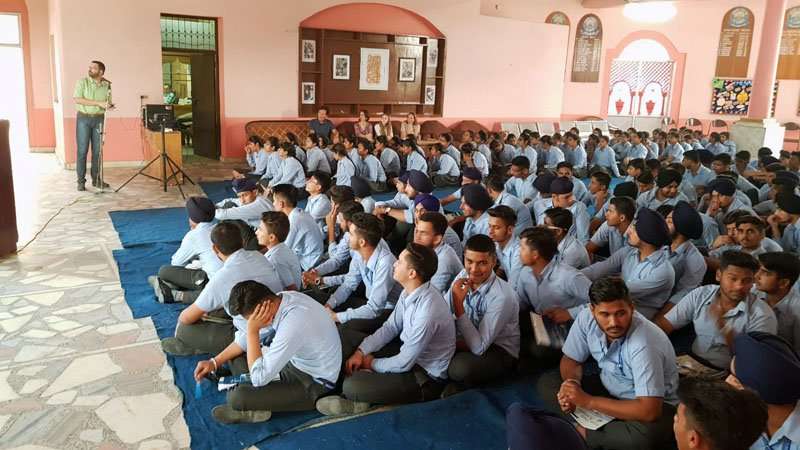 The last voting talks with the Academy for the first aid course are in progress. The course is planned for 11th and 12th grade students attending the medical branch.

We are participating as spectators and guests of honour in a U19 fully-elimination tournament for schools from eastern Punjab. This year it will be hosted by the Kirpal Sagar Academy. The tournament will be opened by the highest administrator of the SBS Nagar district, which has 180 schools. During the welcoming speech, Academy Chairman Mr. Karamjit Singh Virk reported that a first aid workshop for grades 10 to 12 will take place at the Academy in the following days. There will be a lively exchange during the opening game. The official thinks the idea of learning first aid at school is great. She already has concrete plans to include such training in her area of responsibility in the curriculum, which includes 180 schools. This was all the more astonishing, since here in Germany, for example, the University of Regensburg has been trying for a long time with much commitment and in vain to include revival as obligatory content in the curriculum of Bavarian schools.

After exciting matches, the winner of the 11 participating girls’ teams has been announced on 29 October.  The highlight on 30.10. is the final match of the 16 boys’ teams.