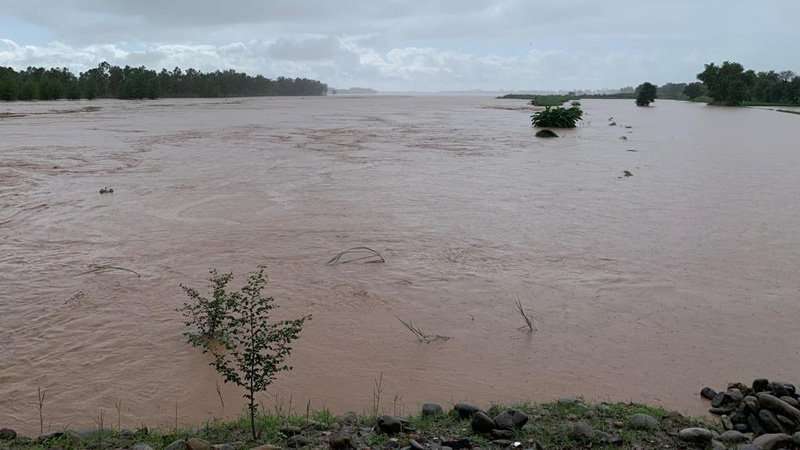 For weeks, heavy rainfall in the Himalayas had caused rivers to swell to such an extent that dams overflowed and threatened to break. The authorities had to open the floodgates, resulting in flooding of the lower reaches of the river. Many were left homeless, much of the crop was destroyed and seeds were lost. Where there was no dense plant cover, the stream took large amounts of soil with it. Tree-covered field margins, bushes and intercrops could clearly demonstrate their importance in erosion control.

Photo: View of the riverbed of the nearby river Sutlej.